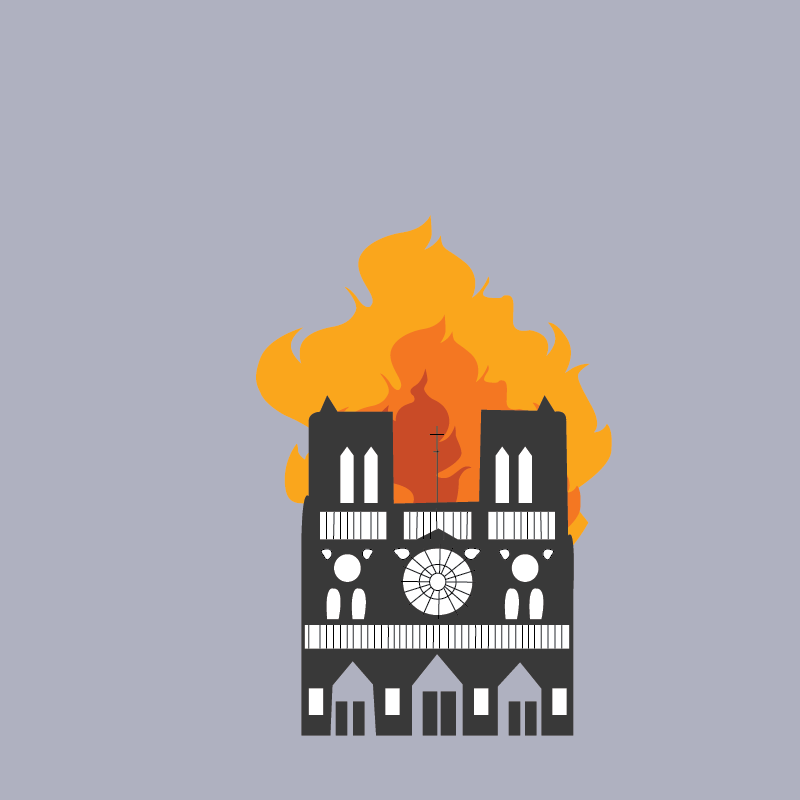 On April 15, the iconic cathedral in Paris, France, Notre Dame, caught fire. The first fire alarm went off at 6:20pm but no flames were found. Then the fire alarm was set off again at 6:43 and the fire was discovered in the attic of the cathedral. The building was evacuated shortly after the first alarm and was entirely empty by the time the second one sounded off.

The fire has spread through the wooden roof and then to the iconic spire on the top of the building. French President Emmanuel Macron vowed to rebuild Notre Dame as it has so much religious and historical value to the french citizens.

“We will rebuild Notre-Dame,” he said. “Because that is what the French expect.”

Restoration funds will begin on Tuesday with the goal being somewhere around $900 million. So far two millionaire investors have both donated $113 million and $226 million towards restoration efforts.

As of now, investigators have deduced that the fire was caused by electrical and not a voluntary act.