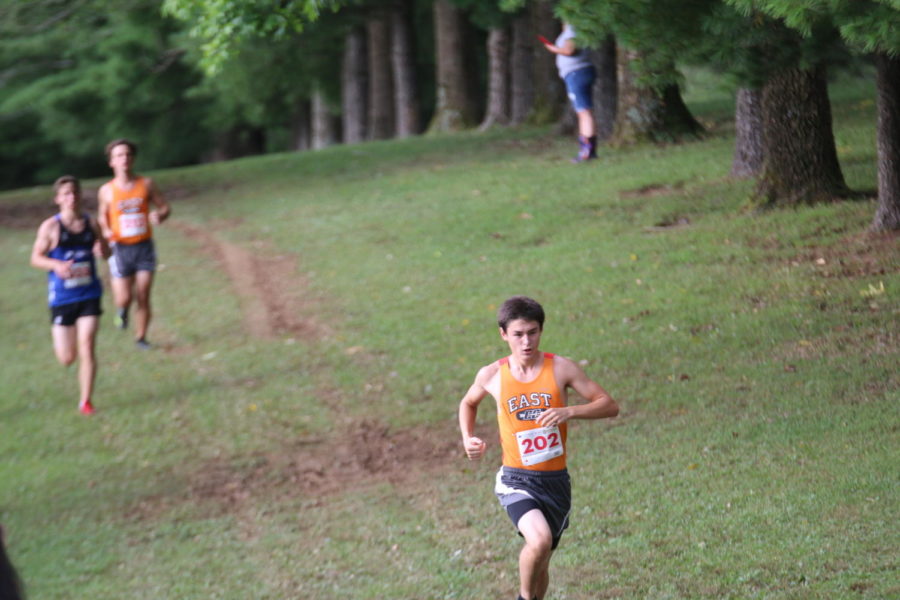 With boys cross country winning their first meet at Brown County High School on Aug. 22, they are starting off the 2019 season strong.

The team has two main goals this year: to be the winners of semi-state and to get top three in conference. In order to do so, they are practicing industriously and utilizing their most effective varsity players.

“We are going to try and win as much as we can,” senior Brandon Taylor said. “Then during tournament season we are hoping to get to state or semi-state.”

With the graduation of two varsity runners the previous year, the team is going to have to step up in order to compensate for the loss. Now the team consists of mostly seniors, with a few students from other grades.

“We have a lot of guys returning from last year, and they can build off of what they’ve done from previous seasons and hopefully that will help the team be better,” Coach Ryan Burke said.

There has been promising new talent that has come in this season that Burke believes will make the team stronger.

“We have a couple guys that I think could be on varsity by the end of the year that are new,” Burke said. “One is foreign exchange student Fabio Nihilani and [the other] Kaleb Walters who is a senior that is running for his first time this year.”

This is expected to be one of the team’s most successful years. Next year, when the seniors leave, they will lose experience on the team.

Overall, this season is projected to be very impressive due to the high hopes and ambitious attitude of the team.