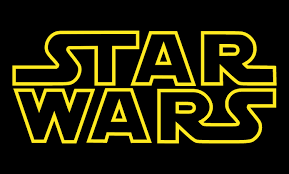 Star Wars: The Bad Batch (2021) – This animated series will be debuting on Disney+ sometime in 2021, featuring a group of defective clone troopers that were first introduced in the finale season of The Clone Wars. This elite group of troopers was a little different from the rest, so this series will bring many new exciting adventures set in the same time period as The Clone Wars.

Andor (2022) – Following the story of rebel fighter Cassian Andor from Rogue One: A Star Wars Story, Andor will be set previous to Rogue One, and give viewers a more in-depth look as to what The Empire was actually doing during this time. Starring Diego Luna, this 12-episode series is sure to be another thriller, similar to The Mandalorian.

Rogue Squadron (Dec. 23, 2023) – Set to be the first feature film returning to theaters after the Star Wars sequel trilogy, Rogue Squadron will follow a new set of X-Wing pilots that are training to fly for the resistance. This film will be directed by Patty Jenkins, who also directed the recently released DC film Wonder Woman 1984.

Ashoka (TBD) – Thanks to The Mandalorian, fans were finally made aware of the status of Ashoka Tano, Anakin Skywalker’s former padawan and former Jedi. Alive and certainly well, Ashoka’s whereabouts are soon to be revealed in the Ashoka series, starring Rosario Dawson. Who knows how many names she’s taken and butts she’s kicked since The Clone Wars.

Obi-Wan Kenobi (TBD) – To be set 10 years after the prequel trilogy, Obi-Wan Kenobi will star Ewan McGreggor and Hayden Christensen, as they reprise their roles of Obi-Wan and Anakin-turned-Darth-Vader to explore the timeline between the rise of Vader and the original Star Wars trilogy. This series will be featured on Disney+ as well.

The Acolyte (TBD) – The Acolyte is a Disney+ series that will feature the rise of the Dark Side in the High Republic era of Star Wars history. Not much else is known about this series either.

Lando (TBD) – Speculated to be starring Donald Glover, Lando is another new Disney+ series that will follow the smuggler Lando Calrissian and his adventures not seen on the big screen. This project is still in development, so not much else has been announced.

A Droid Story (TBD) – This animated series to be featured on Disney+ will follow the story of the iconic Star Wars droids such as C3P0, R2D2 and BB8. This will be a mini-series and is also still in development.