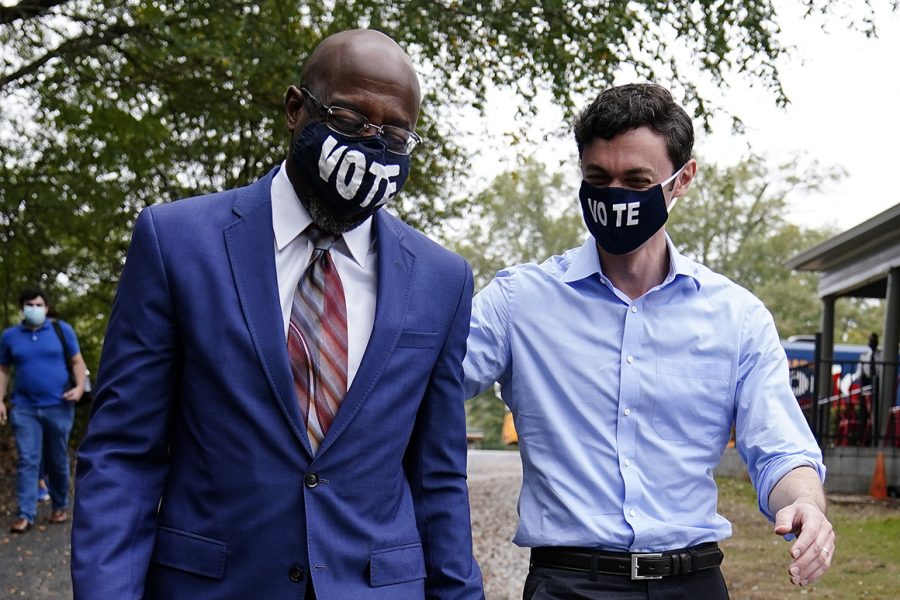 As the chaos overwhelming America’s political realm becomes increasingly unnerving, the results of the Georgia runoff elections have never played such a significant role in the future of our government.

For Democrats to hold the majority throughout the executive branch, Senate candidates Jon Ossoff and Reverend Raphael Warnock had to secure their victories against David Perdue and Kelly Loeffler, respectively. After a close race, both Democratic candidates won. Ossoff ended with a 1.2% lead and Warnoff with a 2% lead.

Ossoff is only 33, making him considerably younger than his opponent, 71-year-old Perdue. His focuses include better healthcare, protecting women’s health care, addressing student debt and ending corruption in the government.

Reverend Warnoff made history with his victory, being one of the few African American senators to ever be elected. He also wants to improve healthcare for Georgians, as well as advocate for struggling families. Warnoff has a more challenging road ahead than his counterpart, after already receiving threats from a Proud Boys supporter, only a few days after the results were confirmed.

Both senator-elects are extremely valuable to their party, as they create a 50-50 split in the Senate. Because the vice president acts as a tie-breaker when needed, Kamala Harris will be the 51st vote for Democrats.

With Joe Biden as the confirmed president-elect and the Democratic Party holding the majority in the House of Representatives, the Senate races determined the ease in which Democrats could pass policies. As Donald Trump has held office for the past four years, there will be a noticeable shift in the decisions made by the government. 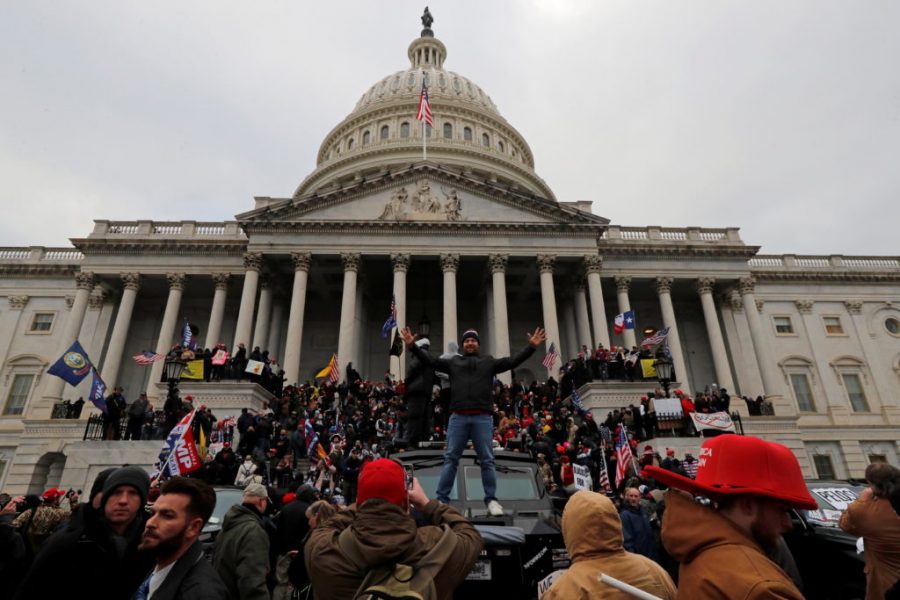 Chaos at the Capitol

On Jan. six, hundreds of President Trump’s supporters stormed the United States Capitol Building, trying to delay the House of Representatives and the Senate from certifying Joseph Biden’s win in the Nov. election. Before Trump’s supporters marched on the Capitol, Trump and his allies held a rally, declaring to his fans that the 2020 election was stolen from him. In his speech, Trump told the crowd to march on the Capitol, but when they got there violence broke out and people stormed the building causing the certification to be delayed for hours.

Trump’s supporters occupied the Capitol Building for a couple of hours until Trump finally deployed the National Guard and got them out. During their occupation, five people died, including one Capitol police officer, who tried to stop the mob from getting into the building. Another woman was shot and killed while attempting to get into a closed-off section of the Capitol.

During the chaos, House and Senate members had to be rushed out into secure locations, as they were in fear for their lives. While not all members of the mob were armed, a good number were, which is what caused so much fear. The Vice President, Mike Pence, had to be escorted out of the Capitol. Later, parts of the mob got into the House and Senate chambers.

Days after the riot, the FBI looked for information and videos of the Capitol riot, so that they would be able to arrest the trespassers. Over 70 arrests have been made so far, and many more are on the way.

Even while rioters were still in the Capitol, members of Congress were already drafting articles of impeachment for Trump. The charge against him was for incitement of insurrection, which is an impeachable offense. This made history, as Trump became the first ever president to be impeached twice in his term. His impeachments take up half of all American presidential impeachments.

The articles of impeachment will not reach the Senate before President-elect Biden is inaugurated, but there are talks to continue them in the Senate after Biden is elected so that Trump will lose the benefits of being a former president. Undoubtedly this day, Jan. six, will go down in the history books as one of the most important days in American history.