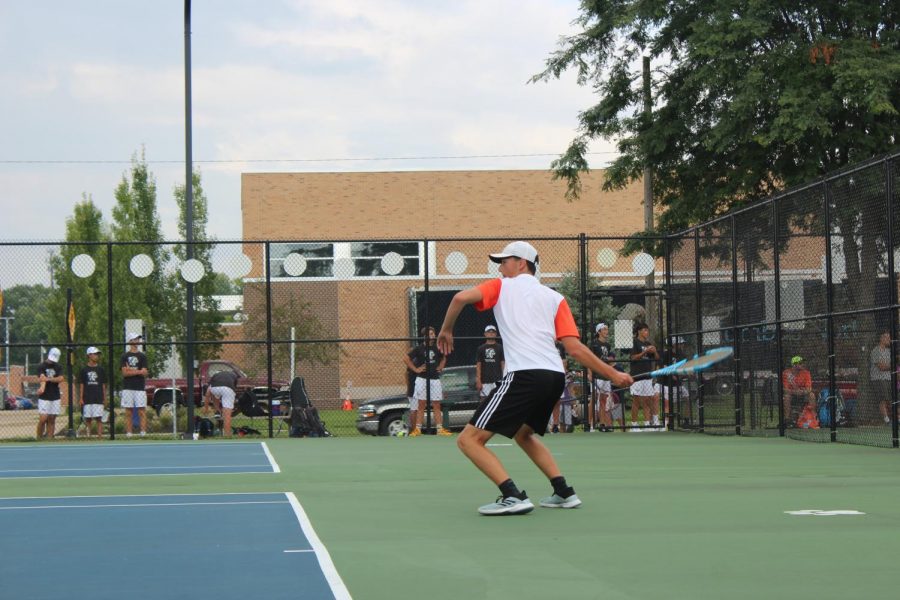 The Olympian boys tennis team’s first home match turned out not to be at home. After a delay in getting the tennis courts repaired, the team had to move their match to the cross town school’s courts. Bloomington North shortly followed and the teams were able to play it out despite the change in scenery and spotty showers. With a staggering team size Bloomington North beat out the Olympians this week.