The Wait for Donda is Over 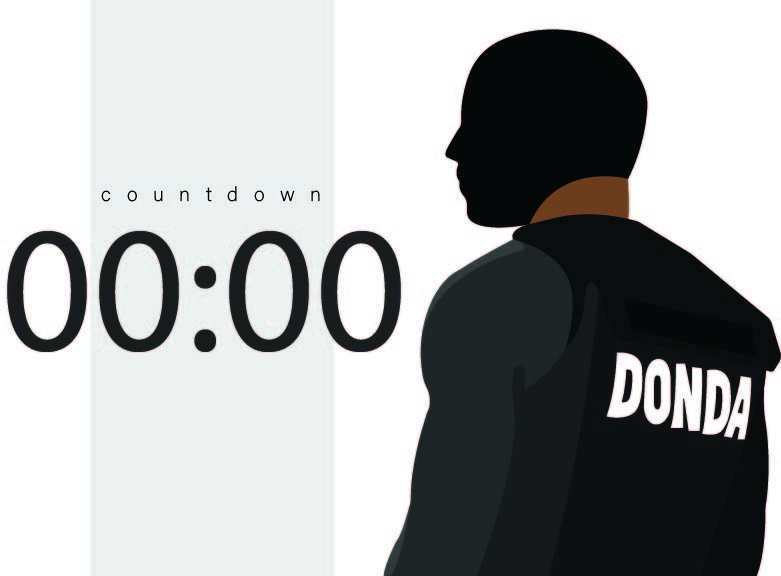 After a year and 3 live listening parties, Donda finally dropped on Aug 29. Kanye West previously had held two album listening parties at Mercedes Benz Stadium in Atlanta, and another in Chicago’s Soldier Field on Aug 27 for the long-awaited album. After many delays it is without saying that the drop was unexpected by many fans.

The event in Chicago’s Soldier Field was streamed on Apple music. A replica of West’s childhood home was seen with smoke going up, and his children made an appearance along with Marilyn Manson and Kim Kardashian in a wedding gown towards the end.

Donda is dedicated to West’s mother, Donda, who died of complications after a surgery she had in 2007. West was deeply affected by his mother’s death and was ultimately devastated. In an interview with Q magazine from 2015, he admitted that he blamed himself for his mother’s death.

The album kicks off with a woman chanting Donda repeatedly for 53 seconds. Then it transitions to the first song, Jail. There are a total of 26 songs on the album, amounting to almost two hours of listening.The whole album has no skips, every single song is a different work of art worth listening to.

With features from Jay-Z, The Weeknd, Jay Electronica, The Lox, Young Thug, Pop Smoke, Travis Scott, Kid Cudi, Playboi Carti and so on, it is clear as day that West took this album seriously.

West actively posted about Donda before the release, including the day of. In fact, he posted to Instagram claiming that Universal Music Group had released the album without his approval and “blocked Jail 2 from being on the album”. So far these claims have not been confirmed by Universal Music Group, but according to Variety, sources from the company called the claims “preposterous”.

Another controversy surrounding this album are the appearances made by Marilyn Manson and DaBaby. Marilyn Manson has been accused of sexual assault by several women and Dababy recently faced backlash for homophobic comments. It certainly has been an eventful release for Donda after many delays.