What’s Going on in Texas? 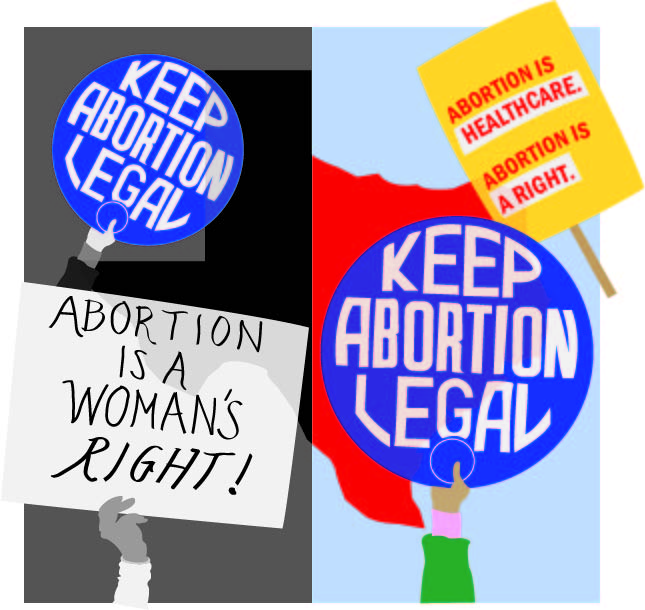 Since 1973, the Supreme Court decision in Roe v. Wade has upheld women’s right to get an abortion. On Sept. 1, however, the Supreme Court declined to block Texas’ new Heartbeat Act, State Bill 8, with a vote of five to four. The decision emphasized that the ruling was not based on the constitutionality of the law, but the lack of solid questions against the law coming from reproductive rights groups.

The Act itself bans abortions after a heartbeat is detected, which is normally around the sixth week of pregnancy. This raises concern for many, as most women do not know they are pregnant until weeks four to seven of their pregnancy, according to the American Pregnancy Association.

Even if women realize they are pregnant before the six week deadline, they may not have enough time to make a decision about whether to receive an abortion. This can be especially damaging for women who are pregnant due to rape or incest and are legally forced to see the pregnancy through.

Additionally, the Act has another opponent that ensures doctors and women take heed. SB8 authorizes private civil right of action, meaning that Texas citizens can bring about legal action upon women who may still get an abortion after the deadline.

This Act will raise more questions about what women in Texas are supposed to do when they are in need of an abortion. The acceptance of SB8 also challenges the authority of Roe v. Wade, which may lead to other abortion bans becoming law. Women continue to fight for their freedoms around the world, and for many American women, this new law feels like a step in the wrong direction.