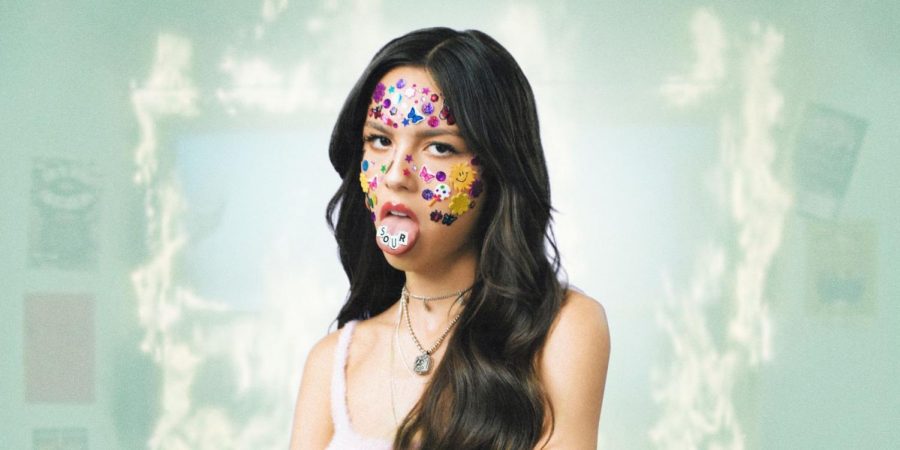 In 2020 Rodrigo signed a record deal and only a month before her 18 birthday, dropped her first single, “Drivers License.” The song earned 76.1 million streams in the United States alone in its first week, completely changing Rodrigo’s life.

In an interview for the New York Times Rodrigo said, “my entire life just, like, shifted in an instant.”

And her success did not stop there; in April of 2021 she dropped her second single “Deja Vu” which got 20.3 million streams in its first week.

Only a month later, Rodrigo dropped her first album, Sour, which consists of 11 songs. Upon release, it brought in over 385 million streams in its first week. This made it the biggest opening week for an album by a female artist on the platform.

The album is emotionally raw and brutally honest. Rodrigo weaves together a story of love and heartbreak but also highlights the light in the darkness. She writes about finding one’s true self and moving past a dysfunctional relationship.

Rodrigo has had a very eventful eight months. She was catapulted into a completely different world at the start of 2021 and has climbed the charts to the top.

There is talk of another album from Rodrigo called Sweet and fans can not wait to hear what the artist has to say next. Her career is just beginning and bigger things are predicted for her future.