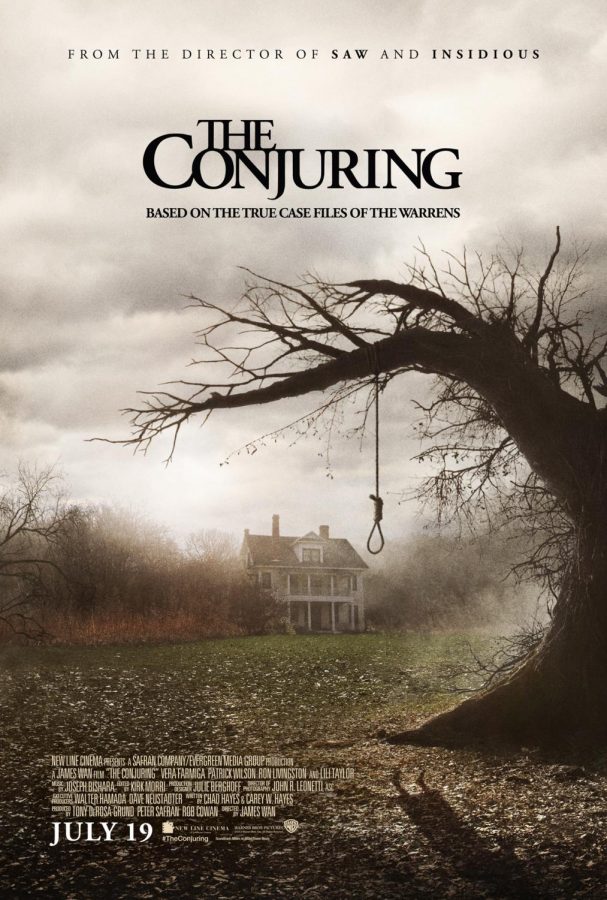 With Halloween approaching, many popular spooky season festivities have begun. From carving pumpkins to trick-or-treating, countless people around the world are anticipating the fun of this fall holiday. But, one tradition differs from all others, giving you a scare in your very own home: watching horror movies.

In preparation for the creepiness of Halloween, I watched the Conjuring series, three films based on real-life paranormal investigations by Ed and Lorraine Warren. Each movie follows a specific case of haunting, in which the Warren’s deal with possessions of demonic spirits.

The original movie, The Conjuring, was made in 2013, revolving around a family who experienced supernatural forces in their isolated farmhouse. Ed and Lorraine Warren are called in to combat the forces, and deal with the history of this farmhouse.

This movie featured several familiar faces, including young actress Joey King, along with frequent jump scares, which made this film very intriguing and attention-grabbing. I would consider this movie to be a classic, but not super horrifying.

The Conjuring 2, published in 2016, takes place in England, following the case of a family afflicted with possession. Their youngest daughter is dominated by the spirit of an elderly man, forcing her to commit acts of violence. Once again, the Warren’s are brought in to handle and explore the demonic spirits present.

Although sequels are rarely as good as the first, I believe that this film was even scarier than the original Conjuring film. Bringing in more darkness and violence, the Conjuring 2 had me on the edge of my seat. The terror and wickedness of this movie made it different from the first, which I enjoyed greatly.

The final movie, The Conjuring: The Devil Made Me Do it, came out this June, which still follows the investigations of Ed and Lorraine Warren. This time, the film follows several cases of murder and missing person, investigating the demonic possession behind these acts.

Unlike the other films, the storyline provided in this movie was very fascinating and complex, including lots of suspicions and scares. I would recommend this movie the most, as I found it the most interesting of the three.

Also connected to the Anabelle films, the Nun and the curse of La Llorona, the Conjuring Universe movies are perfectly directed and portray the interpretation of real-life instances very well. If you like a good scare, I would highly recommend these movies!