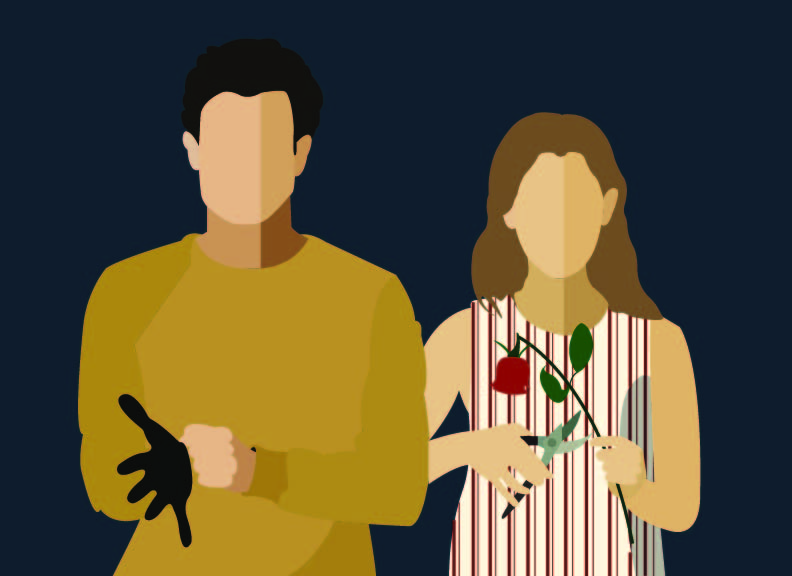 Our favorite Netflix serial killer is back and this time he has brought along a baby, marriage, volunteer library hours, and psychopathic tendencies here and there. Netflix’s hit thriller show, You, recently released season three on October 15. To any reader who has not yet started the show or if any reader has not seen season three, spoilers are ahead.

You ended season two with multiple cliff hangers such as Forty’s death, Love and Joe’s baby move-in, and a hint of Joe falling into past patterns as he leers at his neighbor over the fence. In other words, season three was a much needed release.

In the first episodes of the show, Love struggles to find a spot for herself in the media-ran city, San Francisco. Meanwhile, Joe once again begins to grow an unhealthy obsession, this time with his married neighbor, leading to the two meeting. After drinks and discussions, they kiss. This alteration launches the season into scenes of marriage therapy over Love and Joe’s instability.

One of my favorite aspects of this season is by far Love’s involvement. She becomes a main character, alongside Joe. Love offers the same psychopathic serial killer personality as Joe, yet Joe remains the most strategic. You is infamous for its murder scenes and that is exactly what the pair brings to the table.

From affairs and arguments to accusations, Joe and Love continue to attempt to save their marriage when there seems to be no hope left. Joe, wanting to be the best father possible, decides that the problem with their marriage is not his tendencies, but Love herself.

Throughout the season, I was trying to predict what would happen from scene to scene. However, the show was able to surprise multiple times. The most surprising of all had to have been the ending. From the plot twist to the possibility of a fourth season, You officially has me on the edge of my seat from anticipation.