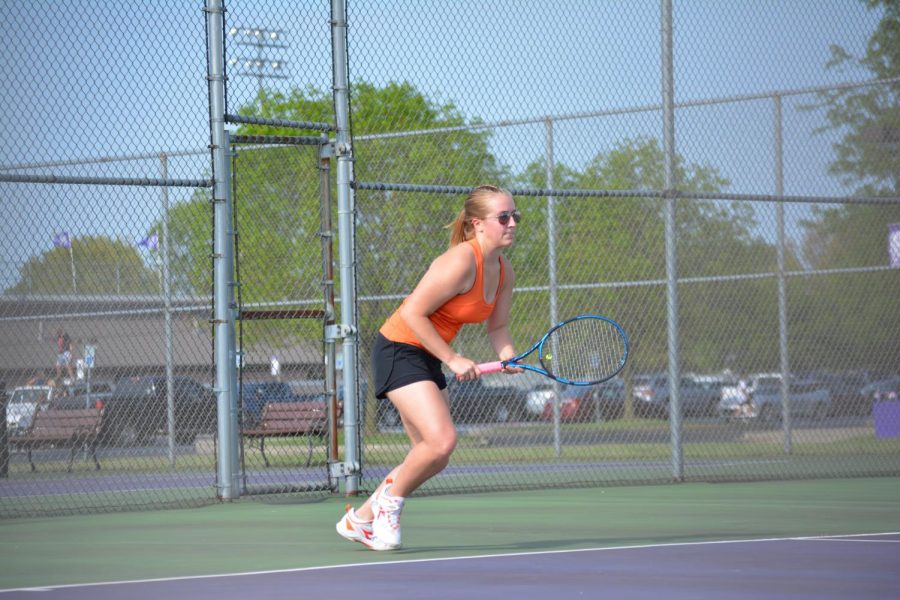 If there was one word to describe the East girls’ tennis team, it would be spirited. The girls fill their practices and matches with positivity and keep their heads held high even after tough moments on the court. Led by captains Caroline Emerick and Cathrine Millwood, the team is dedicated and does its best every single day.

“We aren’t there just to try to win a match, we are there to have fun with our teammates, we don’t let the little things get us down,” Millwood said.

The team’s encouraging environment entices new players each season; this year was no different. The team welcomed five new players with little to no prior tennis experience, which set the learning tone for the season.

“This season has been one of skill-building for us,” Emerick said. “We have lots of great players who are just getting into the sport and still learning, but it has been pretty fun so far.”

Focusing on their positive atmosphere rather than a winning streak, the girls were able to have a season not only filled with competitiveness but also with team bonding and fun.

“We continue to motivate and cheer each other on no matter how well we ourselves played,” Millwood said.

The team’s dedication to each other and keeping their spirits up is one of their defining qualities. Win or lose, the girls walk away from matches ready to come back better than ever.

“Our team’s greatest strengths are our perseverance and motivation to play our best even if we don’t take home any wins,” Emerick said.

Emerick and Millwood have been a part of the team for four years now, and the fun environment that the sport provided has made them want to stay with the sport next year. Millwood plans on playing at her college, Rose-Hulman, and Emerick plans to play for Ball State’s club team.