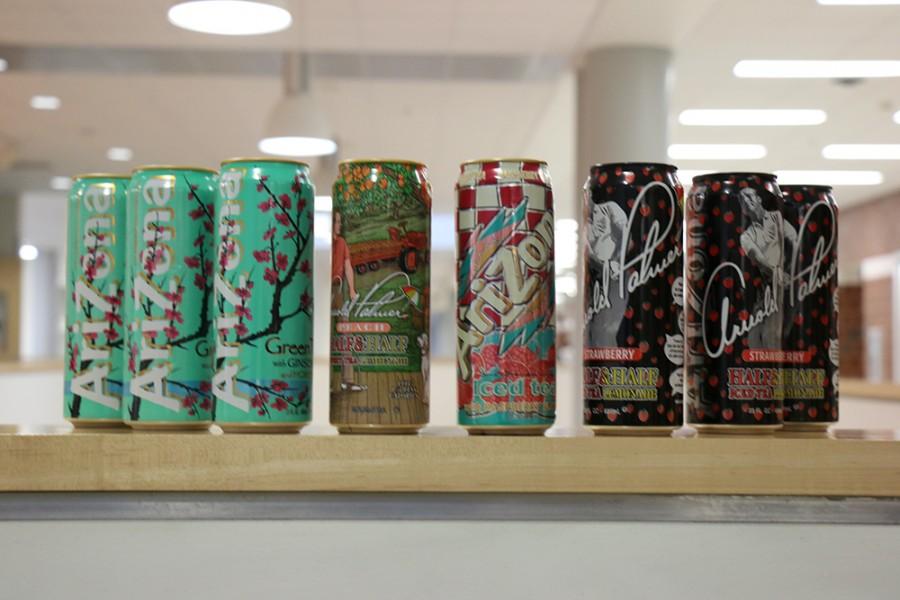 When you hear Arizona, what usually comes to mind? The desert hot state. Well, you are wrong. I’m obviously talking about the popular canned tea drink. Although it may be considered a part of the typical hipster diet, it really does have some deserved credit. So with this credit, I decided to put together a list of my top five Arizona teas.

5. Green Tea with Ginseng and Honey
If you are somebody that wants to feel healthy while still being unhealthy, then this is the stuff for you. The taste for this tea is pretty good, but it is just kind of bland and unrecognizable when it comes down to it.

4. Raspberry Iced Tea
This is where we start getting into half and half stuff, like the Arnold Palmer. The Raspberry flavor is kind of a hard to find flavor, but it is really worth it if you can find it. It has the raspberry flavor but it is not too overpowering, if that makes sense.

3. Peach Arnold Palmer Half and Half
So this is half iced tea, half lemonade, and half peach? Although drinking it brings upon a moral and ethical dilemma, it is still pretty good. I mean if you can find this stuff you gotta try it. A lot of people have had the Arnold Palmer, but do you know how cool you would be if you could say you had tried Peach Half and Half?

2. Strawberry Arnold Palmer Half and Half
So again drinking this brings a question to my own sanity, but it is well worth the heartache. I mean if you don’t like strawberries then obviously don’t drink it, but if you think you want to give strawberries a chance, do it. The can also is pretty inviting!!!

1. The Original Arnold Palmer
This is no doubt the most popular drink that Arizona makes so there wasn’t really a competition for first. If you want to feel like a real pioneer of crazy flavors then you gotta try this. I mean nobody has ever thought to mix lemonade and tea. So what are you really waiting for?