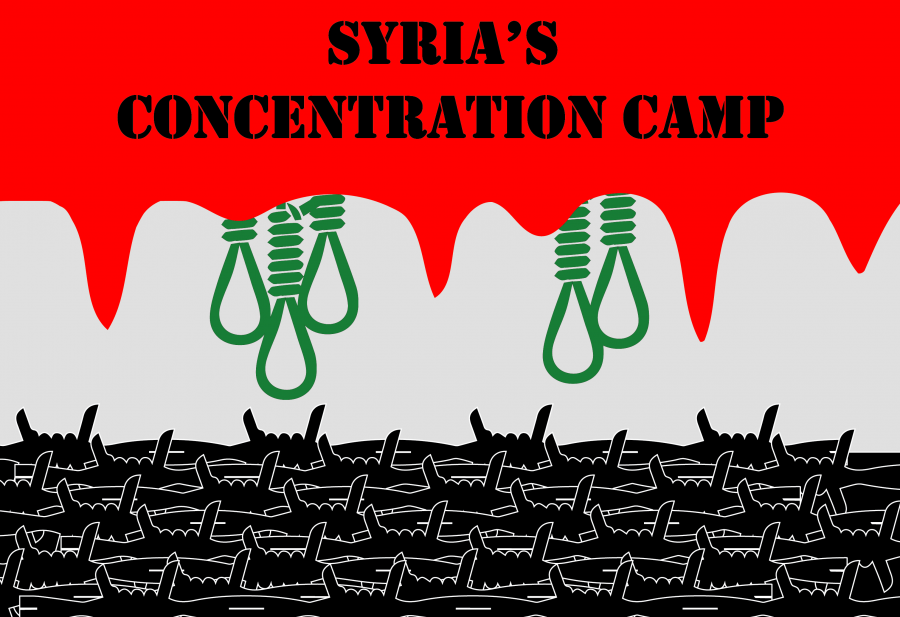 Article 53 of The Syrian Constitution reads:

“1. No one may be investigated or arrested, except under an order or decision issued by the competent judicial authority, or if he was arrested in the case of being caught in the act, or with intent to bring him to the judicial authorities on charges of committing a felony or misdemeanor;
2. No one may be tortured or treated in a humiliating manner, and the law shall define the punishment for those who do so;
3. Any person who is arrested must be informed of the reasons for his arrest and his rights, and may not be incarcerated in front of the administrative authority except by an order of the competent judicial authority;
4. Every person sentenced by a final ruling, carried out his sentence and the ruling proved wrong shall have the right to ask the state for compensation for the damage he suffered.”

However, these rights have been violated by the very government that was meant to defend them.

Amnesty International is a non-governmental organization dedicated to protecting civil and human rights. They do this through raising awareness and investigating human rights abuses across the globe. It is an organisation most people are, at best, vaguely aware of. However, the work they do is essential. Just this week, they published a report on Syrian dictator Bashar al-Assad. Since 2011, Assad has been operating a prison in northern Syria as a concentration camp. The prison’s name: Saydnaya.

Since 2011, over 13,000 civilian protesters and critics have been hung to death at Saydnaya. There is no arrest warrant, no notice of charges, no meaningful trial, no due process, not even a decent burial. While Assad’s slaughter of civilians is not ethnic cleansing, it is still in the vein of genocide. Assad is attempting to exterminate the idea of resistance, and the extermination of an idea is no less heinous than the extermination of a race.

Yet, as if mass murder was not heinous enough, Assad has also seen fit to strip all humanity from the unfortunate souls that fall prey to his sadism. Prisoners at Saydnaya are subject to abhorrent tortures and hellish conditions. From the Amnesty International report:

“The authorities’ treatment of detainees in Saydnaya seems designed to inflict maximal physical and psychological suffering. Their apparent goal is to humiliate, degrade, dehumanize and to destroy any sense of dignity or hope. Omar, a high-school student when he was arrested, told Amnesty International, “You will struggle to find a former Saydnaya prisoner who will tell you what really happened there, because it is so humiliating”’”

Starvation and thirst, utter lack of sanitation, deprivation of human contact, forced silence at all times, floors covered in blood and pus, beatings so routine and severe prisoners wished their limbs would be cut off, prisoners forced to be both the victims and the perpetrators of rape and sexual abuse: this is life in Saydnaya.

Yet it seems few know, and fewer care. There has been no comment from Congress, no briefing from the White House, no statement from our UN ambassador. Saydnaya isn’t even trending on Twitter.

Instead, the US has been preoccupied with the confirmation of cabinet secretaries. This side drama from the executive branch provided many news outlets with ample justification for ignoring the discovery of a literal concentration camp. Given the vast lack of awareness about this revelation, it is understandable why there has been no outrage, no comment, no deafening shout of “never again” from those in the seat of power. That is because it is us, the unruly mob of emotional folk, who push change into action.

It is all too easy for those with power to ignore their moral obligation if there is no pressure from those below them. Thus, it is not enough to feel disgust and rage at this heinous blot of Saydnaya. That righteous fury and fundamental repulsion must be translated into action.

So pick up a pen, write a letter, dial the phone. Bring the weight of your citizenry to bear upon those who can bring about change. For there is an old Syrian proverb; “from the smallest spark can come a great flame.”

Below are the mailing addresses for your congressmen, the UN ambassador, and the Chairmen of the Congressional Committees that deal with intervention in Syria.

The views expressed in this article do not necessarily reflect the views of The Oracle, Columbus East High School, and Bartholomew Consolidated School Corporation.