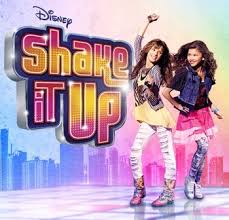 Before Bella Thorne and Zendaya got their first big break, they both starred on the TV show, Shake It Up. Thorne played CeCe Jones while Zendaya played Rocky Blue who were two best friends that loved to dance. They dreamed of dancing on TV and later on became dancers on the local TV show, “Shake It Up, Chicago.” With hardwork and dedication, these two best friends were on the path of reaching their goals with their friends, family, and each other.