Of Course This is About Intercourse

Sex Sells, Just Not at School

The only birth control that is 100 percent effective is abstinence. Abstinence is the belief system that one should wait to partake in sexual actions until marriage.

Whether or not someone chooses to commit to abstinence is completely up to them. It is a personal choice, however many states continue to push abstinence. Even though it is pushed by states, the pressure to adhere to abstinence is incredibly ineffective.

Studies show that abstinence-only sex education fails at reducing rates of STDs and teen pregnancies. This is due to the lack of teaching of ways to practice safe sex.  According to KFF.org, abstinence-only programs “teach that abstinence from sex is the only morally acceptable option for youth, and the only safe and effective way to prevent unintended pregnancy and STIs. They generally do not discuss contraceptive methods or condoms unless to emphasize their failure rates.”

States, such as Indiana, use abstinence as a major teaching platform during the sex education course at school. Indiana requires schools to teach abstinence-only education, which can prevent teachers from including topics such as STDs and other forms of birth control like condoms or the pill, however some teachers personally opt to include topics revolving around those topics.

A local teacher in Edinburgh, Ginger Hixson-Kahl, said, “…if you don’t teach about it the students won’t know about it. Therefore, there’s going to be more STDs, more unwanted pregnancies and I do believe sex education makes a difference. The number of STDs and the number of pregnancies are the two main features that sex education needs to work on. Actual sex education.”

It seems that abstinence is pushed so much that the act of sex is shamed. This tactic is used to guilt students into “preserving” themselves until marriage. Sex should not be shamed but rather it should be supported in safe and healthy ways. Sex is not only a way to conceive a child, but it is also a pleasurable act that is commonly practiced.

Students live in a sex driven society where the media profits over sexualization and the market of sex is only growing. As a nation Americans cannot expect young members of society to not become curious about sex, and they certaintly cannot expect them to not act upon it.

If, as a society, sex plays such a huge role, then why are schools hiding it from students who are already immerged into this society of sex driven media? Shame and fear should not be the goal of sex education, but instead it should be helpful and supportive.

With recent progression in the LGBT+ community, schools across the world are beginning to adapt LGBT+ education into the curriculum for sex eduction with hopes to add a sense of inclusivity.

According to the Human Rights Campaign, “Sex education can be one of the few sources of reliable information on sexuality and sexual health for youth.” By having a secure and inclusive form of sex education, not only will health risks decrease but so will individual discomfort. By including LGBT+ sex education into the curriculum, this will allow a better understanding of sexual orientation and gender identity among the students.

By using heteronormative scenarios during sex education, there is a lack of account of non-heteronormative scenarios. The typical example between male and female reproductive systems do not account for the relations between two partners who share the same reproductive system. Without correct information, students will be unaware of all available safety precautions that can be taken during sex, despite sexual orientation. Certain health risks during sex could potentially sky-rocket depending on the nature of the sexual relationship.

Sex education is more than just sex, it is also about healthy romantic and familial relationships. Sexual orientation and gender identity are topics that can cause a ton of controversy due to differing beliefs. Resources and information should be taught during this time for students who need help coming to terms or coming out to close members in their life.

Other countries such as Australia have begun to incorporate LGBT+ sex education, however the United States is falling behind on the progressivity. A few states have laws that go under the nickname “No Promo Homo” laws which prohibit or limit the inclusivity of sexual orientation and gender identity in a school setting.

“[Teachers] just have to teach according to the standards and abstinence, that’s the main thing, so actually they don’t even mention those things. It’s not in our curriculum and teachers shouldn’t be teaching that now. It’s not in our standards,” Kruse said.

Whether you like it or not, individuals are going to identify how they want. As a community, there needs to be support for each other and have the ability to come to terms with self-identity. By avoiding topics such as practicing safe sex between same sex couples, the community is only putting others at risk of harming their body.

Choosing to not create an inclusive form of sex education is dangerous and irresponsible. This will not only lead to misinformation, but a sense of not belonging and confusion. Instead of fearing the unknown, bringing the knowledge to the surface is the most effective way to allow individuals to be safe.

All Good in the Hood

As the sex education provided to students appears to be failing to educate students in a safe and in a non-bias informative matter, other resources are available to aid in the education process. Planned Parenthood is one of the more well known nonprofit organizations that specializes in reproductive health and offers a safe platform for information regarding safe sex and LGBT+ inclusive education.

Planned Parenthood has recently gained a lot of backlash for offering abortion services, causing many people to want to shut down the organization. Many politicians, including our current president, are aiming to shut down Planned Parenthood. Trump has made steps to redirect federal funds away from programs that support abortion services to programs that are anti-abortion.

While Planned Parenthood may support and provide abortion services, they also offer a plethra of helpful and affordable health services with zero judgement. Community members are able to go for a variety of testing services including pregnancy testing and STI/STD testing for an affordable price. Transitioning members of the LGBT+ community may be able to get hormone therapy and support groups are offered. Various forms of birth control are offered, from condoms to IUD. Additionally, basic affordable healthcare is offered for anyone and everyone.

So even if you are against abortions and want to shut the pro-choice organizations down, then you would also be shutting down services that are beneficial and helpful to other community members. Planned Parenthood focuses on a healthy and educated environment no matter the socioeconomic status you uphold. By defunding and shutting down Planned Parenthood, approximately 2.4 million patients will lose access to health services.

On their online presence, Planned Parenthood offers a variety of resources through articles and live chat rooms with qualified people. It creates a safe place to educate oneself on their body and relations with others. They are extremely helpful when you are unsure of a situation.

Specifically here in Columbus, Indiana, not only do community members have access to Planned Parenthood but also have access to an organization by the name of Clarity. These platforms of support are able to present reliable and accurate information and help. Instead of leading students in the dark away from reality, organizations like these are able to bring a better form of sex education and healthcare.

These organizations provide resources that have not been properly given to students. They offer a safe place filled with information that is neglected to be taught to us. Organizations like this should be supported to not only help better the education of misinformed students but also to help members in the community who need an affordable and safe place to go.

Let’s Talk About Sex, Brought to You By Chesney

Sex is inevitable. Students are going to choose to have sex even if we are given a scary lady who stands in front of the classroom preaching about abstinence. It is natural and it is perfectly okay if you choose to have it or not, but what is not okay is for improper sex education to be brought to us.

I remember my freshman year in health class I was given a booklet with a contract that the students were asked to sign stating “I make a commitment today to myself, my family, my future spouse AND my future children that I will live a lifestyle of sexual integrity from this day forward. I choose to wait until I am married before I have sex.” I found this ridiculous because the state cannot control when an individual decides to partake in sexual acts. Naturally, I did not sign it because the state should not dangle shame in my face if I were to partake in sexual acts.

Not only that, but the booklet only showed the negatives of other forms of birth control aside from abstinence until marriage and used the idea of pregnancy as a fear tactic. How is this fair? How is it fair that a majority of students are fed guilt and shame about sex?

Indiana State Senator Dennis Kruse said it best: “Our state standards of human sexuality are very good in Indiana but we have teachers who are going beyond the standards and are getting into what I call more sensual, more nitty-gritty stuff, almost to the area of pornography. We thought ‘wow this is creeping in now’ so we better do something so that it doesn’t take over the curriculum.”

How is talking about heterosexual intercourse not pornographic but homosexual sex is? This is not a justifiable reason to avoid the topic of LGBT+ in class.

Due to all of this, students are being forced to resort to Google for sex education, which will only lead to even more misinformation, which is why platforms such as Planned Parenthood and Clarity are needed. Getting rid of these helpful programs due to not supporting abortion is an irresponsible action because they offer so much more support, help and education than what is handed to us by society.

The reality is, teenagers are having sex. I walked the school halls hearing fellow peers talk about sex for years. With the growing LGBT+ community and the inevitability of teenage sex, now is not the time to turn a blind eye to this utopia where everyone waits until marriage. Now is the time to offer a proper sex education that is both comprehensive and supportive. It’s time to wake up America, because we need sex education now more than ever. 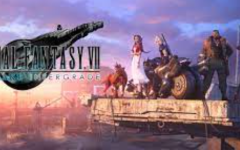 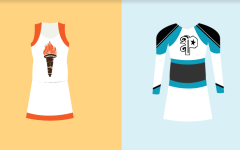 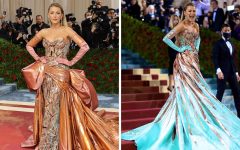 A Look at the Met Gala